On this auspicious occasion of Mahatma Gandhi’s birthday, I am here to share on the traits such as kind; generous and openhearted to describe our dear Mahatma, who served us freedom or independence in 1947 with peace and ahimsa.

This joyful event took place in the year 1920, when Mahatma Gandhi played host to the marriage of his Muslim friend Imam Saheb Abdul Qadar Bawazir, who was with Gandhi during his struggle movement in South Africa, returned to India with Mahatma in 1915 and started to live in the ashram.

In 1920, for the wedding of Fatima Bibi, the eldest daughter of his close friend Imam Saheb Abdul Qadar Bawazir Mahatma Gandhi prepared a Islamic wedding cards printed with “786” on the top of the card.

In the card, he also mentioned the date and venue of the marriage and also invited people all across India to attend the religious sermons known as “maulood Sharif” in Muslim culture, which is performed half-an hour before the marriage which is known as “Nikah” in Muslim Community.

Again in 1924, Mahatma Gandhi again hosted a wedding prepared a similar type of wedding card for Bawazir’s second daughter, Amina Bibi and invited people for Islamic sermons in the ashram for the wedding.

This set an example of perfect communal harmony in the country when the Sabarmati Ashram organized Islamic sermons for the wedding and it is noted that Gandhi would never attend wedding ceremonies of same caste and always preferred to attend a wedding in which one party was Harijan. It is also believed that these gestures reflected Gandhi’s efforts and outlook towards communal amity and secularism. Mahatma Gandhi will always remain in our heart and we will follow his principles for lifetime. 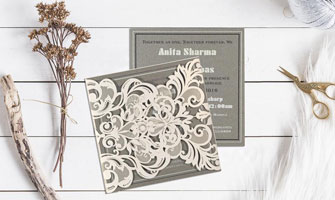 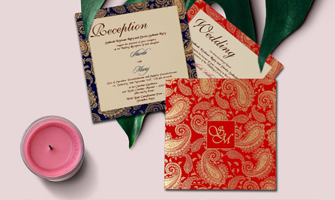 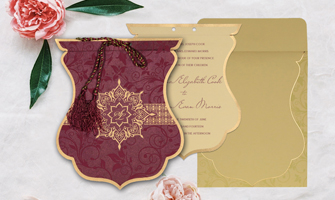 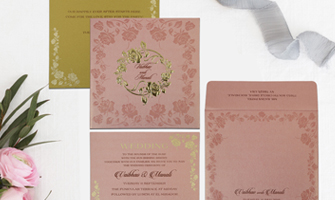 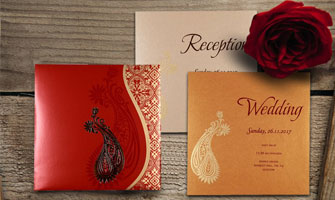